The Socio-Economic Rights and Accountability Project (SERAP) has requested for details of the total amount of money paid to contractors from the $460 million loan obtained in 2010 from China to fund the ‘failed’ Abuja Closed-Circuit Television (CCTV) contract.

According to a statement signed by SERAP’s Deputy Director, Kolawole Oluwadare, the FoI request was sent to the Minister of Finance, Budget and National Planning, Mrs Zainab Ahmed.

SERAP also sought: “disclosure of details of repayment for other Chinese loans for allegedly failed projects between 1999-2015, the status of any such projects, and details of local and Chinese contractors involved in the projects.

The group further stated that it would take legal action if the requested information is not provided within the next 14 days of the receipt and/or publication of the letter.

Read the full statement below.

Socio-Economic Rights and Accountability Project (SERAP) has sent a Freedom of Information (FoI) request to Mrs Zainab Ahmed, Minister of Finance, Budget and National Planning, asking her to “urgently provide information on the total amount of money paid to contractors from the $460 million loan obtained in 2010 from China to fund the apparently failed Abuja Closed-Circuit Television (CCTV) contract, the loan which the Federal Government has continued to re-pay.”

SERAP urged Mrs Ahmed to “disclose specific details of local contractors, if any, that have received funds from the loan for the CCTV contract, reportedly awarded to China’s ZTE Corporation, as well as the implementation status of the project.”

SERAP also sought: “disclosure of details of repayment for other Chinese loans for allegedly failed projects between 1999–2015, the status of any such projects, and details of local and Chinese contractors involved in the projects.

We urge you to clarify if the N1.5 billion paid in 2010 for another apparently failed contract to construct the headquarters of the Code of Conduct Bureau is part of another Chinese loan.”

In the FoI request dated 25 October 2019 and signed by SERAP deputy director Kolawole Oluwadare, the organization said: “We are concerned that Nigerians are being made to pay for the Chinese loans for apparently failed projects, and for which they have not benefited in any way, shape or form.

Transparency in the spending of Chinese loans is good for everyone, as this would help to increase the effectiveness, legitimacy, and contribution of the loans to the development of public goods and services, and the general public interests.”

SERAP said it would take legal action “if the requested information is not provided to us within 14 days of the receipt and/or publication of this letter.”

SERAP said: “Servicing Chinese loans for failed projects is double jeopardy for Nigerians—they can neither see nor benefit from the projects; yet, they are made to pay both the loans and the accrued interests.

The loans should never have been obtained in the first place, as successive governments should have drawn funds from the over $670 million (N241.2 billion) budgeted annually as security votes, but which remain synonymous with official corruption and unaccounted for.”

The organization expressed “concern that the $460 million loan got for the failed Abuja CCTV project and the N1.5 billion for the construction of CCB headquarters, which may be part of another Chinese loan, may have been mismanaged or stolen, and in any case, remain unaccounted for.”

The FoI request read in part: “SERAP is concerned that the allegations of corruption involving the use of the funds and other similar Chinese loans may be responsible for the security challenges confronting Abuja, and the limited capacity of the CCB to discharge its constitutional and statutory mandates to prevent corruption in asset declarations of presidents, vice-presidents, governors, and other public officers, as prescribed by the Nigerian constitution of 1999 (as amended).”

“As trustee of public funds, SERAP contends that your Ministry has a legal duty to disclose details of spending on the $460 million Abuja CCTV project and N1.5 billion for the construction of CCB headquarters, to the beneficiaries (Nigerians) of the trust, if and when called upon to do so. Any failure or refusal to provide the information will also be clearly inconsistent with the letter and spirit of the FoI Act.”

“If the allegations of mismanagement and corruption in the execution of projects for which loans have been obtained from China are true, such allegations will clearly amount to a fundamental breach of national anticorruption laws and the country’s international anticorruption obligations including under the UN Convention against Corruption to which Nigeria is a state party. The facts relating to these serious allegations require your immediate and urgent disclosure and clarifications.”

“As a key agency of government, the Ministry of Finance, Budget and National Planning has a sacred duty to ensure that the country’s loans including those obtained from China are transparently and accountably used solely for the purposes for which the loans are obtained, and for the effective development of public goods and services as well as the general public interests.”

“This implies providing strong leadership in the efforts to curb public sector corruption, and to refer to appropriate anticorruption agencies any allegations of corruption in which any agencies of government and/or contractors may be involved. This leadership is important if the Ministry is to enjoy the public trust and confidence essential for its effectiveness and impact.”

“We would like you to clarify if the N1.5 billion mobilisation fee reportedly paid in September 2010 to contractors for the construction of the headquarters of the CCB in Abuja is part of another loan obtained from China.”

“We are concerned that the CCB building project is still in foundation level several years after payment of N1.5 billion of the total contract fee of N3.5billion. However, the contract was reportedly reviewed in October 2012 from N3.5 billion to N8.7 billion, with the contract agreement signed on February 5, 2013.”

“SERAP notes that the consequences of corruption are felt by citizens on a daily basis. Corruption exposes them to additional costs to pay for health, education and administrative services. Another consequence of corruption is the growing inequality in the country, where the privileged few have access to all public resources, while the vast majority of citizens are deprived of access to public goods and services.”

“Also, corruption undermines economic development of the country, trapping the majority of Nigerians in poverty and depriving them of employment opportunities.”

1. Disclose the total amounts of money, if any, that have been paid/released for the execution of projects for which loans have been obtained from China;

2. Compel the contractors and companies including Chinese companies that have been paid from the loans to go back to sites and urgently complete the projects;

3. Suspend repayment of any Chinese loans until there are specific guarantees by local and Chinese contractors and companies that transparency and accountability will be ensured in the execution of the affected projects;

4. Disclose the amount of interests so far paid on the loans obtained for the project which have allegedly not been fully, properly or satisfactorily executed;

5. Refer any allegations of corruption involving the execution of projects for which loans have been obtained from China to the Economic and Financial Crimes Commission (EFCC) and the Independent Corrupt Practices and Other Related Offences Commission (ICPC) for investigation;

6. Ensure that anyone involved in alleged corruption in projects supported by China is brought to justice if there is relevant and sufficient admissible evidence;

7. Set up processes and procedures to safeguard Chinese loans and mitigate corruption risks in the spending of the loans and to promote fair and free competition, consistent with Nigeria’s anti-corruption legal frameworks and international standards

Related Topics:#SkyeChineseLoanSerapskye reporters
Up Next 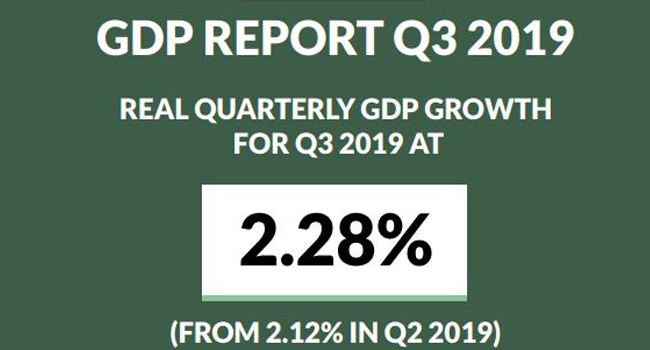